2nd Life
In September in the year 1975 anno domini my dear mother gave birth to me in a hospital in Neuwied at the river Rhein. Nearly 32 and a half year later, on Sunday evening of March 9th 2008 you could say I got a second chance in life, was to say "reborn" again.
Driving west on the motorway A2 in poland at about 125 kmph(80mph), about 50 kilometers west of the city of Poznan, I started to change to the left lane next to a parking place in a slight left curve, because I could not see the exit (and also wanted not to be surprised by someone coming out on the motorway). During the process and while quickly looking again in the mirror I hit an unseen russian truck semitrailer (Auflieger) for carrying cars that had no lights and was very dirty (the police told me later) and that was driving at about 50kmph(32mph). And without any breaks!!! So I hit the semitrailer at a net 75kmph (46mph), which cut my motorblock nearly into two halves. Unimagingly, nothing bad had happend to my body beside a partially fractured vertebra, a splintered fracture in my right hand and of cource a few bruises in my face and my right arm. Following are some photos of my car, of me 1 and 3 days after the accident and a calculation of my father-in-law.

But first many thanks to my family in law (wife, parents in law and brother-in-law) for the great help, care and organisation of everything. 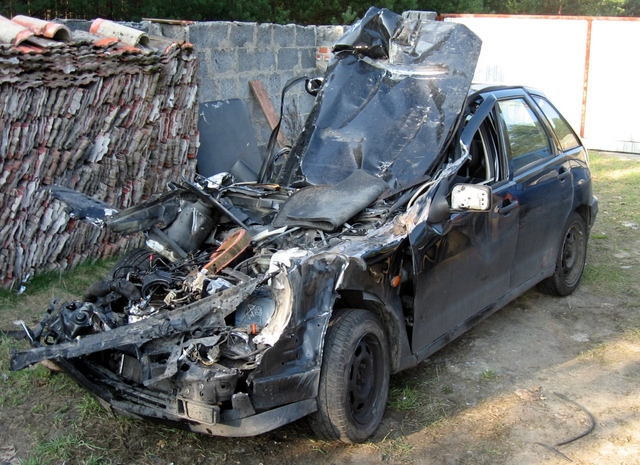 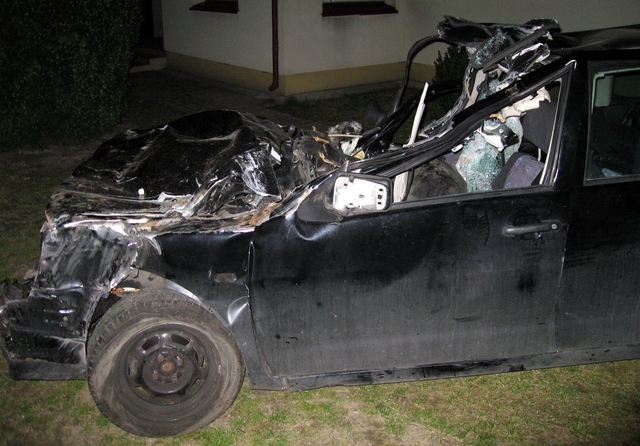 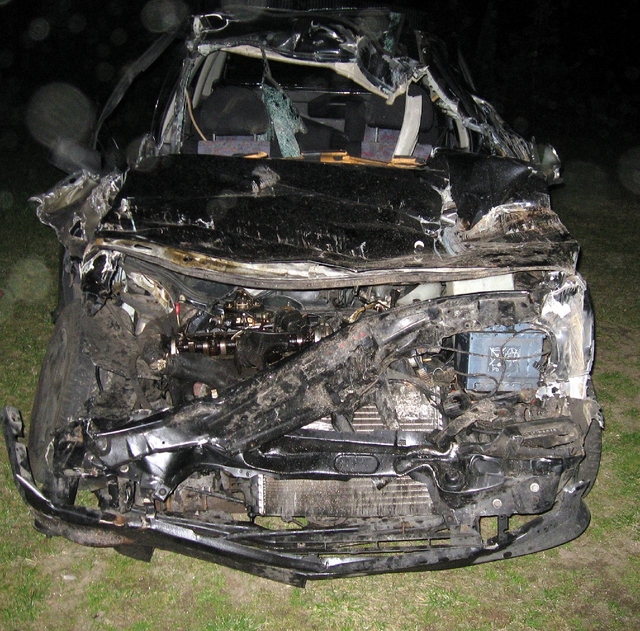 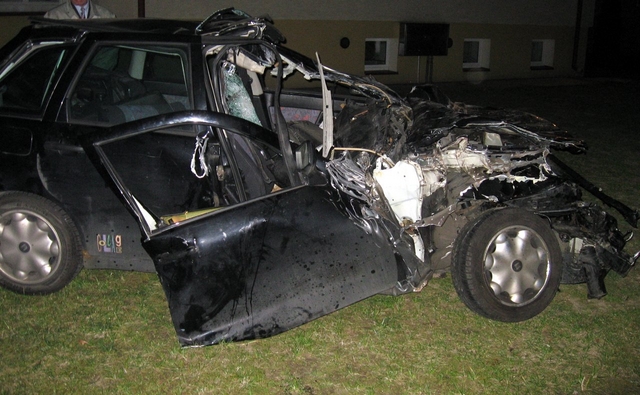 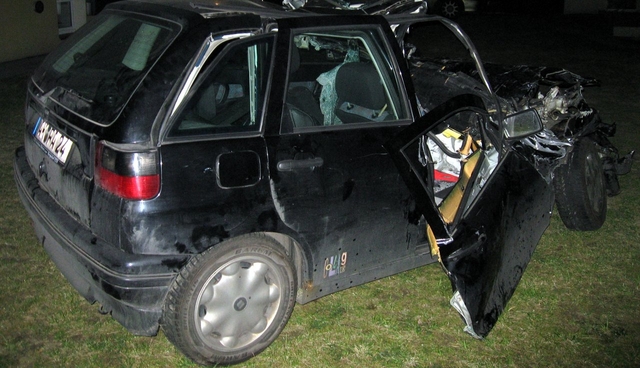 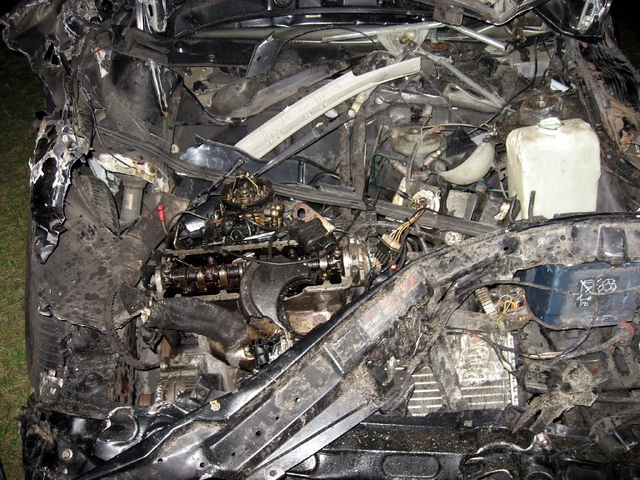 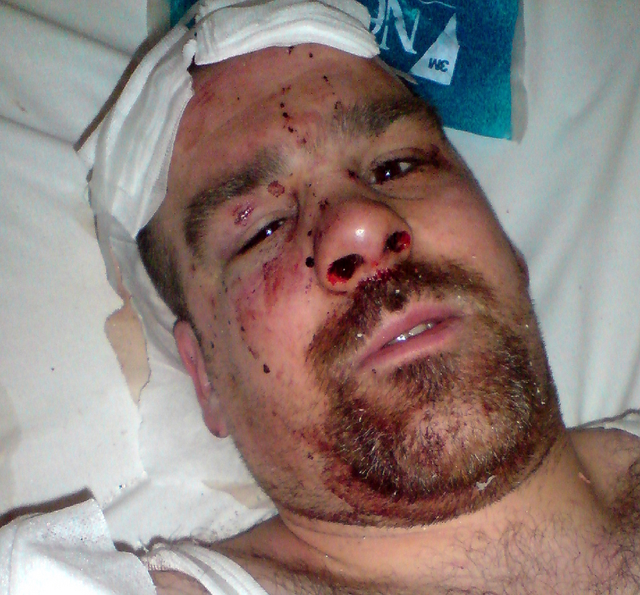 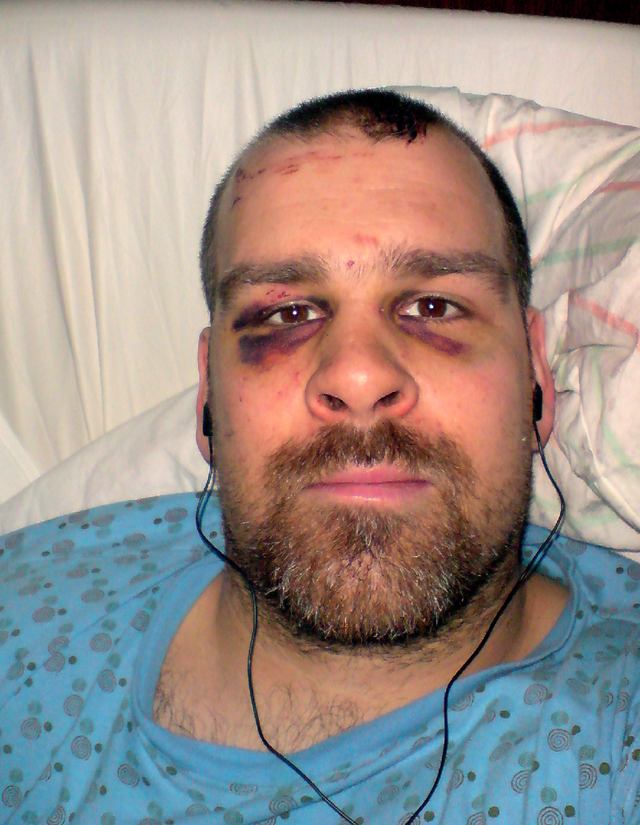 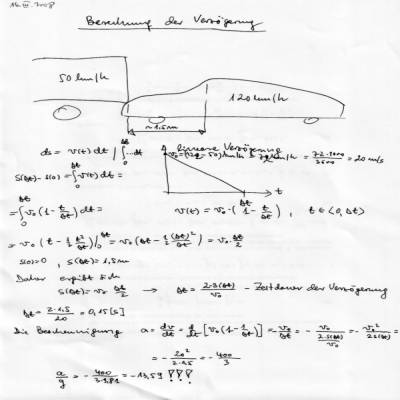